We hit a sort of milestone this week: the delivery of our first two pallets of epsom salt and our three Float Pod float tanks! Float tank design has come a long way since flotation therapy came to be in the 1950s, and while there are many good manufacturers on the market, we chose US-made Float Pod for several reasons. 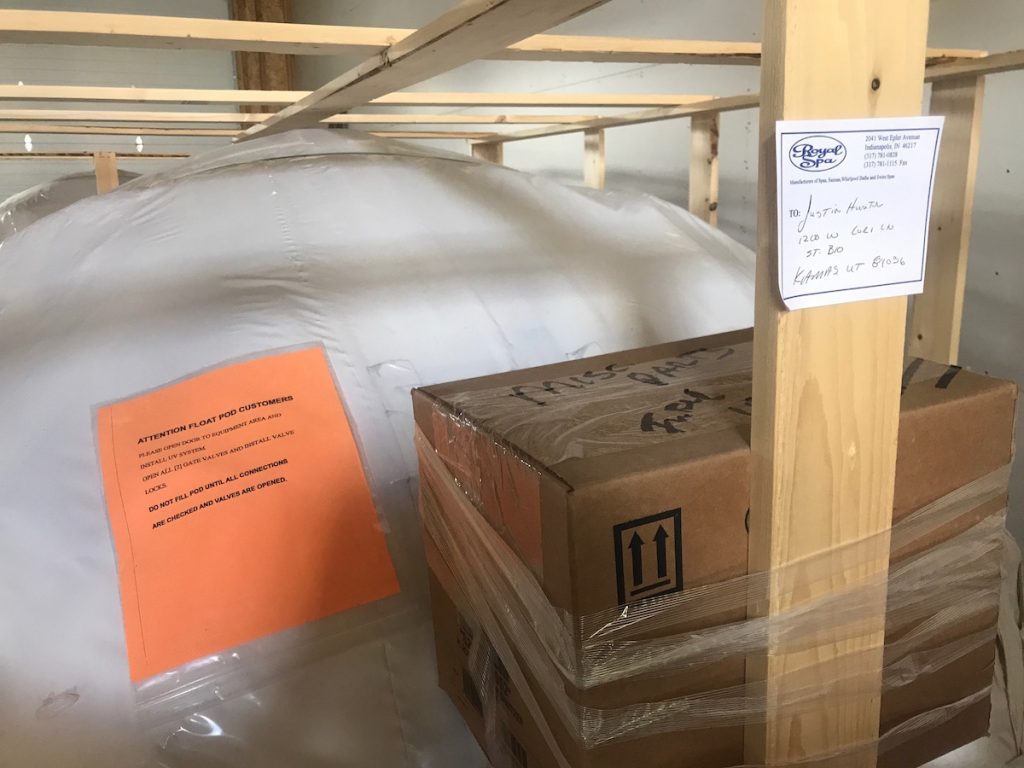 Room to Stretch Out

Spinal extension is an important part of the therapy floating provides, and Float Pod float tanks are spacious. Float Pod does a lot to minimize the common first-float concern of claustrophobia: 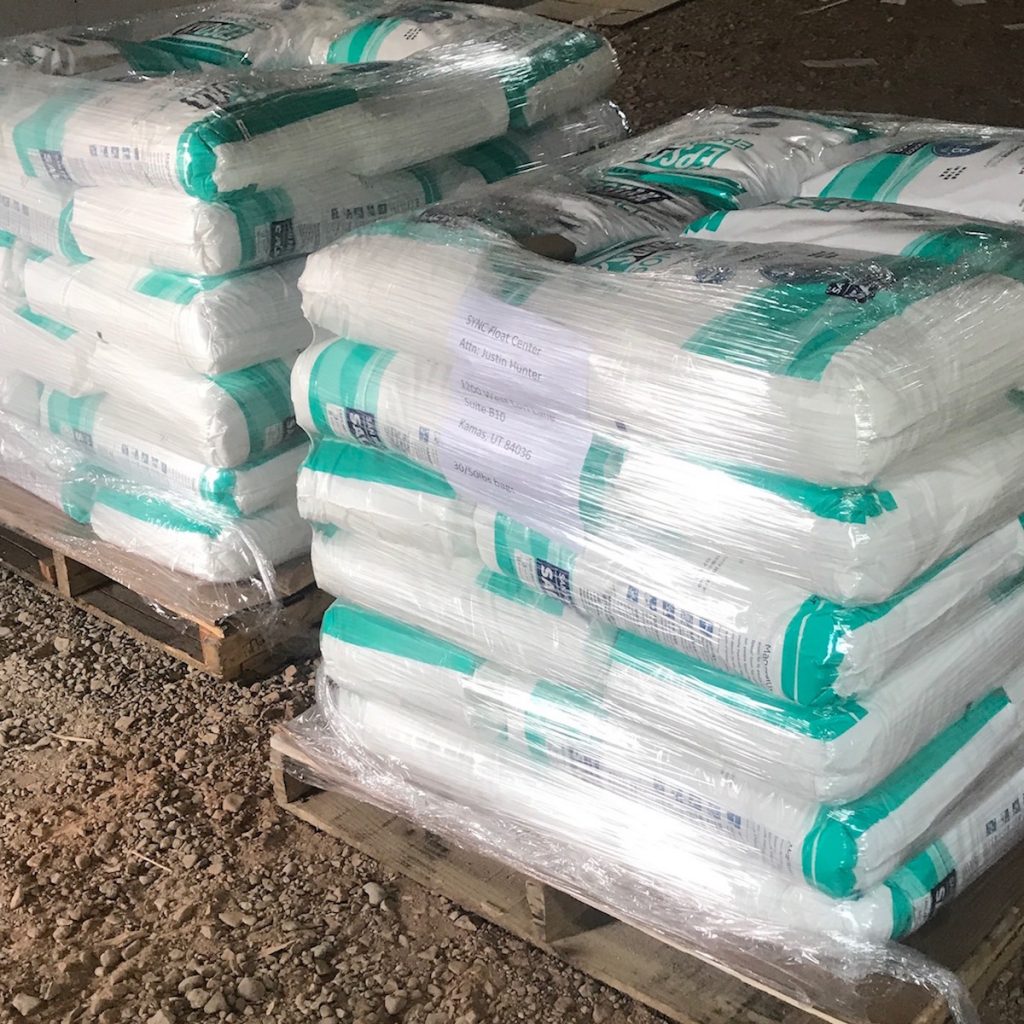 The water in a float tank is night-and-day different than the water of a traditional pool, hot tub, or even bath. Because it's purified completely without chemicals, your skin and hair won't suffer any drying or damaging effects. But being chemical-free doesn't compromise the cleanliness of the water—Float Pod float tanks utilize multiple sanitizing systems, making for an entirely hygienic environment—purer than anything you've bathed in either inside or outside the comfort of your own home.

Ozone, a colorless gas, is a more powerful disinfectant than chlorine for the purification of bacteria, virus, fungus, and organic contaminants. An ozone cycle runs between each user's float, leaving the float tank not only totally sterilized, but also imbibed with a bright clean smell similar to that after a thunderstorm.

UV light, simply light of a wavelength between that of X-rays and the sun, is a "germicidal" light—99.9% effective at destroying microorganisms in water, including those resistant to chlorine treatment. The use of UV light is an FDA and EPA-approved method for disinfection against bacteria and viruses.

Epsom salt is a natural purifier—it shifts the normal environmental balance of the water to salt ratio so much the bacteria cannot survive. Each Float Pod float tank contains 1000 pounds of epsom salt in only 10 inches of water, enough to provide a third safeguard against the growth of anything harmful.

Float Pod float tanks use an 5-micron filter system, designed to remove particles smaller than anything the naked eye is capable of seeing. 100% of the water in the float tank runs through this filter three full times between each float. Additionally, all the filtration systems run 24/7 when the float tank is not in use. 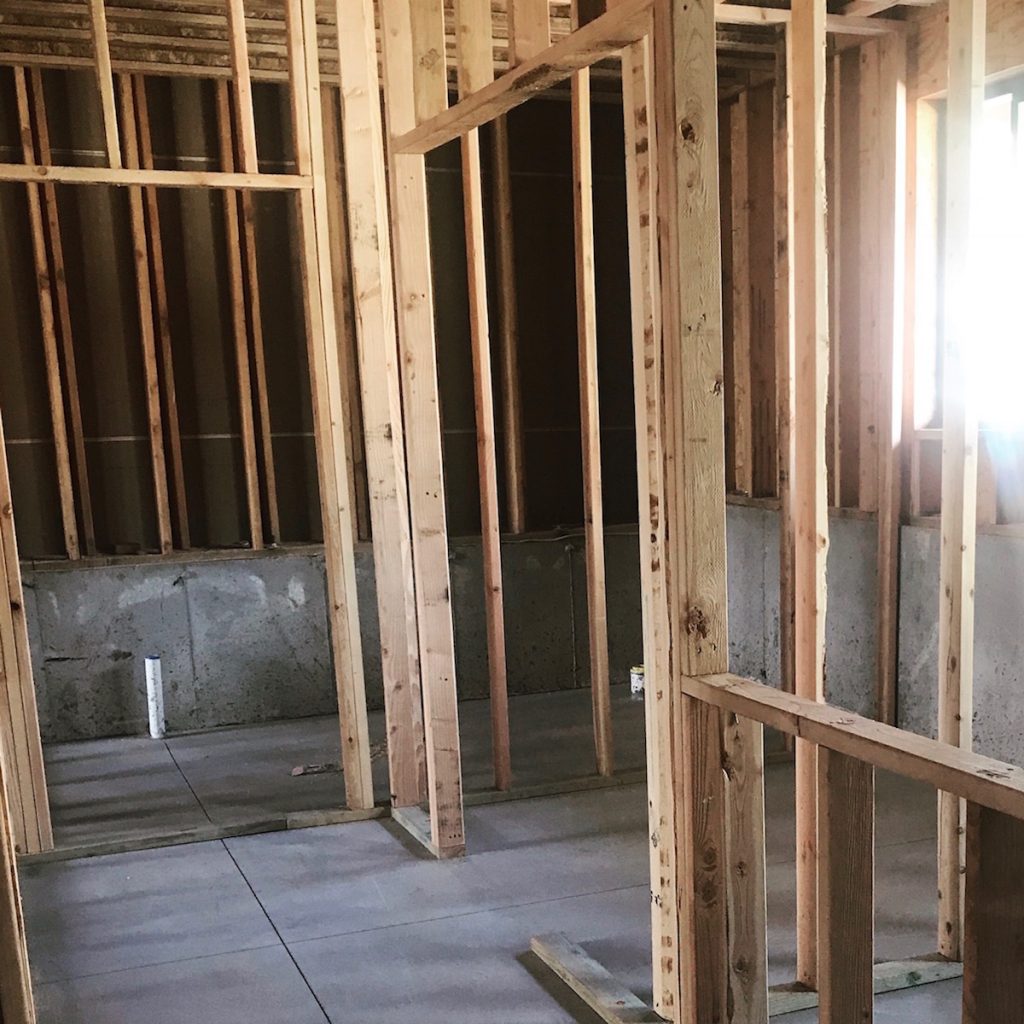 While the delivery of the pods was an obviously integral step, there's so much more on the horizon. The buildout is still underway—we are but a mess of 2x4s and waterless pipes. We can't wait to show you all we have planned once we get the drywall hung and the lights lit—we think you're going to love it! Thank you to our community for the eagerness, excitement, and support you've shown us thus far. Please follow along on Instagram, Facebook, and Twitter for real-time progress reports!